More by Trevor Galbraith
Many drivers who travel the east- west link look at the 1973km from Adelaide to Norseman as an arduous drive. Since we had planned to have time on our side we hope to introduce you to some of the most remote, yet stunning locations on Australia’s rugged southern coastline. The Eyre Peninsula and The Nullabor Plain rewards the traveller prepared to take the time to check it out.

Eyre Peninsula
Our trek home began with a quick deviation to the Carson’s at Kadina to say hello and goodbye to a family we met in Sydney whilst traveling. A great bunch this crew and we hope one day they get to Perth or by chance we get an opportunity to travel a similar road in the coming years.

Venus Bay
This was where you could catch fish (advice from an old school mate Lutz Stzermula) who had been traveling the coast on holidays from Kalgoorlie. What a great place just to kick back and put the feet up and of course fish. We managed a couple of meals of squid and a dash of herring. There is a jetty with great night lighting, those with a tinny were topping up every day when the wind allowed. The South East corner of Venus bay opens up to a spectacular coastal walk. Our skills were tested and we were shown up by the guns who were catching 10 to our 1. Relaxation 10/10 – Fishing 5/10. We still hold out for Esperance where our old mate Gary Rowatt normally puts us on to a feed of herring. 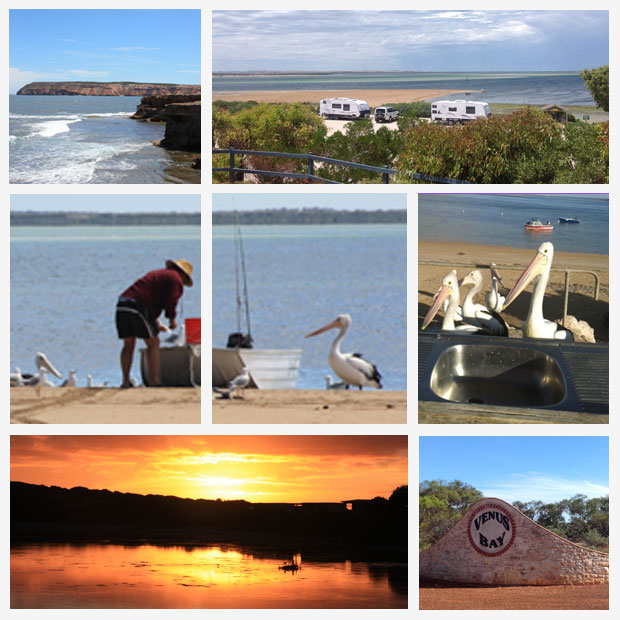 Ceduna
We had planned to do the Xmas race meeting (one of two annual meetings) at the Ceduna dirt track for some time. The locals consider this their Melbourne Crown Oaks day so Julie and I dusted off the fine linen from our spring carnival visit and headed on course to mix with country fashion. Great day but picking a winner among the very little exposed form – impossible for us. We managed to get to church after the races and said prayers for those we know in need and a safe trip home. Ceduna sits some 1900km from Perth and about 2000km from Sydney. The bay protects the town from the rougher weather of the Southern Ocean, it’s the oasis in the east- west crossing. The differences are – towns, population, petrol prices and isolation when you head West verses heading East.

Loaded up with water, King George whiting we headed across the Nullabor with the intention of taking in the living in the desert with a couple of planned stops.
Eucla
The caravan park is perched high on the pass and gives you a commanding view of the Southern Ocean – we jumped on our pushbike and free wheeled down the pass to the ocean some 4km away. Not so easy the ride back. It’s then a 1km or so trudge through the sands to the ocean. The old telegraph station almost engulfed in the moving white sand, the battered remains of the jetty that suggests Eucla was busier in the earlier days and the wide expansive views of the coastal cliffs highlights the ruggedness of our coastline. That’s it Eucla. I should say the park has a pool, there’s a pub and food available – what more do you need in the desert? 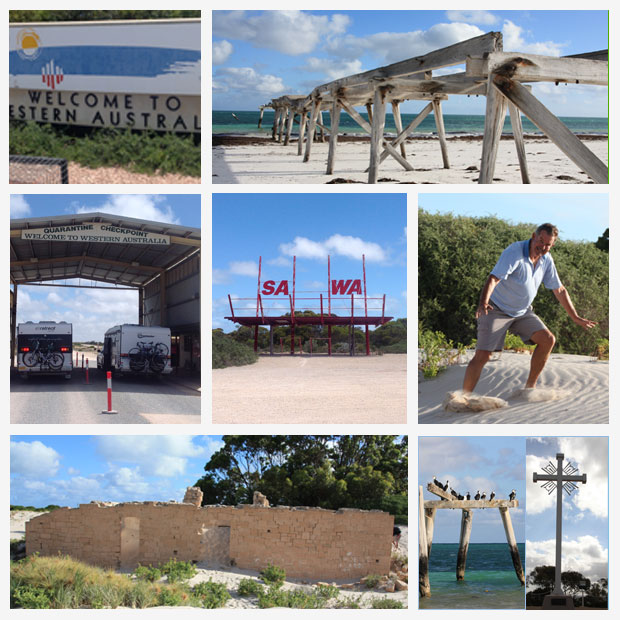 Fraser Range Station
The station about 100km east of Norseman was our last stop. We made the most of our early arrival by joining the sunset tour of the station in the afternoon. The monstrous property that relies on tourism, cattle, mining development and kangaroo shooting should be a stop for all tourists who want to experience the Australian outback at close quarters. It very much reminded us of our Kalgoorlie days when we spent time camping in the bush. The sunset stop was stunning – by the way we had food, beer and wine and great company. A very enjoyable  way to say goodbye to the Nullabor for this trip. Again you would say that this is like an oasis in the desert, it also hosts one of the golf link holes for the Nullabor course. 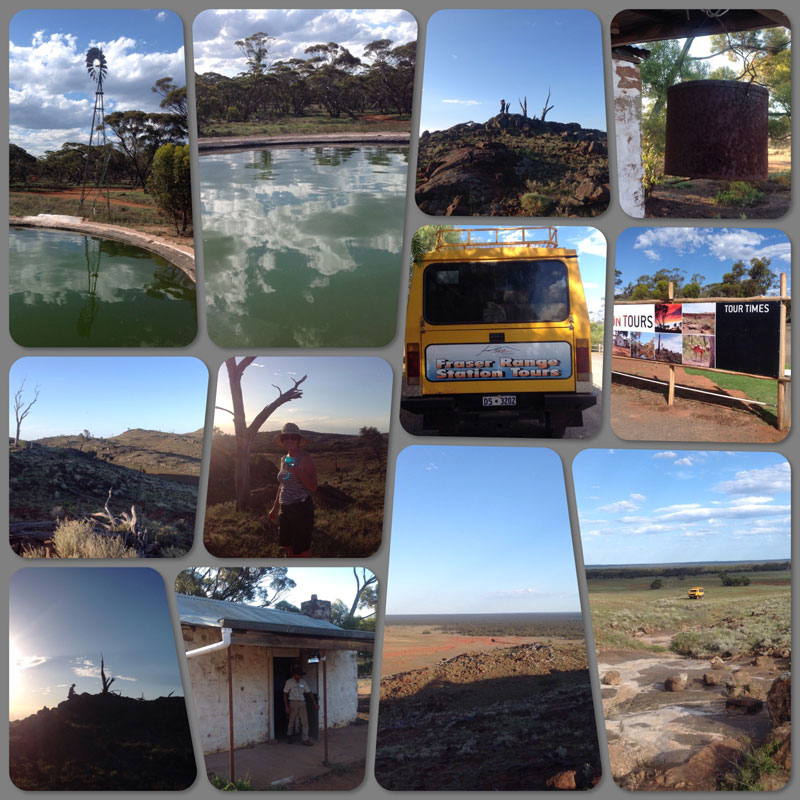