A MUST DO ROAD JOURNEY

We joined the Eyre Highway in Norseman which is about a two hour drive south of Kalgoorlie. The Highway is one of Australia’s epic self-drive adventures.
Stretching between Port Augusta in South Australia and Norseman in Western Australia the Eyre Highway covers  1,675 kilometres of land across plains as far as the eye can see. Cutting across the Nullarbor Plain, the Eyre Highway boasts the longest straight stretch of road in the world – 146 kilometres without a bend! 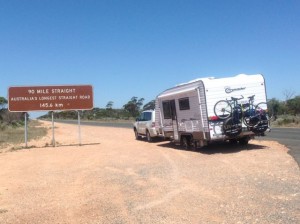 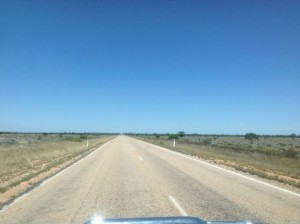 Balladonia the price of fuel is like buying a hamburger in Cs or expensive restaurants at The Crown and the price kept going up the further we travelled. As written in the fine print the open spaces of the Nullarbor and the cross winds led to the fuel economy disappearing. We wisely decided not to take tabs of fuel costs – but look forward to installing an auxillary long range tank in Armidale NSW after Tamworth. Has been ordered – that will expand the distance between fuel stops. 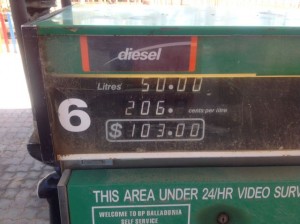 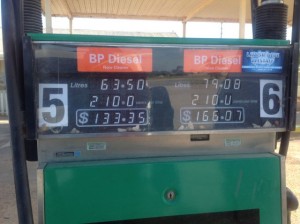 Plenty of traffic to keep your mind on the job – between the long haul trucks – caravans – other vehicles – you are definitely not alone in remote WA.
Highlight was being passed by Black Betty and her mate – two huge boats heading East. The truck drivers were polite like my old mate Paul Davis – called us up on Chanel 40 – told us where to stay on the bitumen and passed with no issues – so Julie is now an official CD radio ham.
Made our destination 768kms from Kalgoorlie at around 7.00pm – camp with many others at Moodini Pass about 26km East of Madura. Pleasant night on the road. Tomorrow we will cross into South Australia aiming to camp close to Ceduna. 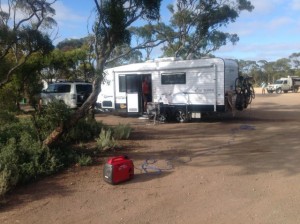 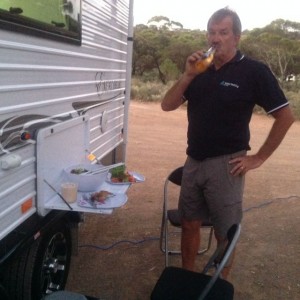