One of the most unexpected ‘great’ experiences of our trip so far was meeting up with a super young man, Mr Kim Shearman a former Head Boy of Sacred Heart College, Sorrento. Flight Officer Shearman gave the Top Guns – Galbraith & Galbraith instructions in the simulator to put the jet fighter through it paces – let go of the heavy loads of ammunition at selected targets and put the RAAFS jet back down on the tarmac. Galbraith and Galbraith chose the crash and burn mode under no circumstances is there a Top Gun in this caravan – flying mission was done undercover military fashion – Galbraith and Galbraith ejected from the RAAF Day 1.

Move over Tom Cruise – there’s a new bloke in town 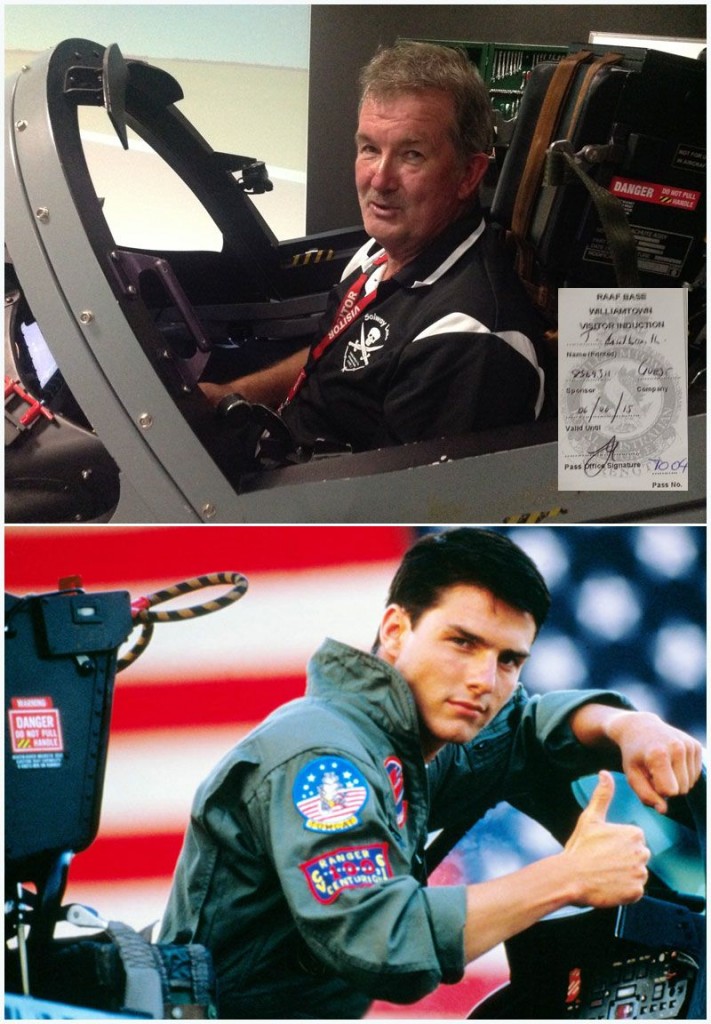 BLUE WATER COUNTRY MUSIC AND BLUES FESTIVAL
We rolled into Nelson Bay simply because I contacted via Facebook a group, Brothers 3 who we had seen at Tamworth and they mentioned they were playing at the marina on Sunday June 8 between noon and 3.00pm. Little did we know that we were heading to the Blue Water Country Music and Blues Festival over the June long weekend. What a surprise – four days of rain (no problems) because there were 4 fantastic days of entertainment. The standout over the 4 days was the top billing Ian Moss, legendary and still bloody good – is he Country or Blues – maybe neither but he has mastered his craft. 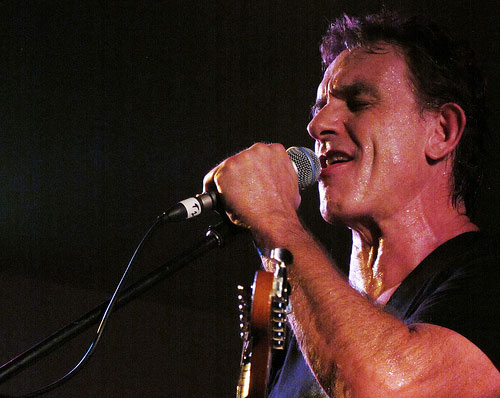 What was to unfold was some music from performers previously known to us, Amos Morris and Brothers 3 but what makes these events special are new performers and new songs. Too often we get in our own groove and listen to the same thing every time. We do the same thing at work, day in day and they become years – we get comfortable with what we know. I am telling you we met some great performers with great songs and many messages to tell. I want to share four and if you get a chance, view their You Tube Clips which I have linked because these songs told a story – it may have related to my life journey (not necessarily yours) but boy did they leave me believing in the power of song all for different reasons. By the way the performances and listening experiences were great but my top 4 appear below all for different reasons. I didn’t turn up at Nelson Bay pick a top 4 -t his  just happened because I was in the mood for change. Holidays do wonders for the soul.

No 1. Faith, Hope & Love
Adam Price started his country music career late in life and after recovering from Leukemia (having been told by his doctor he only had 3 weeks to live … when first diagnosis in 2010). Adam had never been a singer – not selected at school when auditioning for musicals – His first song Faith, Hope & Love written by Gina Jeffrey’s has been played all over the world and touched many from its inspirational words.  Adam’s style is very much pure. More importantly he took on the impossible and now he’s a sort after country and western singer – we all have friends and family in Adam’s position – the song tells it all. He actually reminds me in looks of Michael Lester a Datacom IT guru who has been on board with us at Corpus for some time. 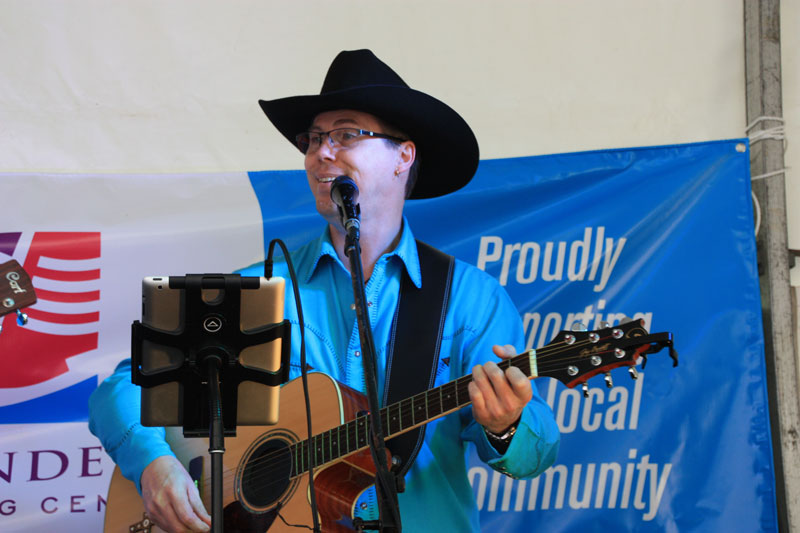 No 2. Busy Man
Carter & Carter are super talented – by the way she’s a grandma – we purchased a couple of their albums for $16.99 on iTunes – $25 for the physical copy – simple choice. The one song that made me stand up – put the drink down for a moment and think about family and friends was called Busy Man have a listen to the message. 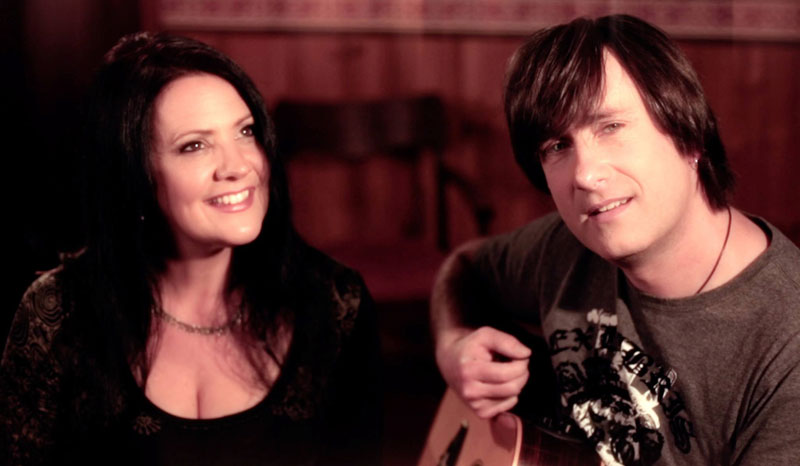 No 3. 65 Roses
While being entertained by Carter & Carter a husband and wife ‘class’ act, Lee J Collier is invited on stage a local girl, large in size and voice, she performs her song 65 Roses in the Nelson Bay Bowling Club. A song about a little girl who couldn’t pronounce her sisters Cystic Fibrosis and called it 65 Roses. Mind-blowing voice and song. 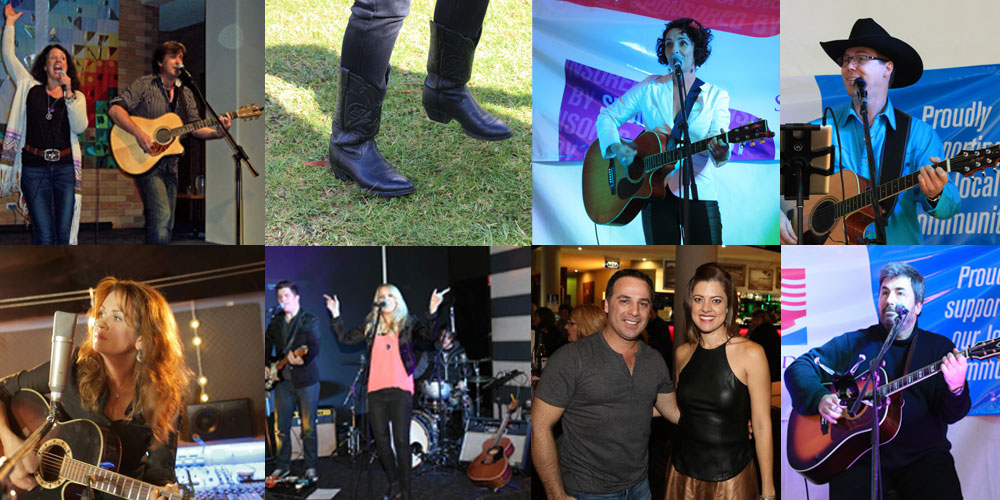 No 4. Acceptance
Steve Passfield – a performer who has been around for a long time, most people would think TG would pick Steve’s Tribute song to Slim as the must listen – the second one you should hear from this guy – Steve wrote a song called Acceptance a song about his now 26 year down syndrome son – Memories of Mike Penhaligon and the team at Corpus and my old Kalgoorlie mate Tommy D come flooding back. Don’t get much better than this. If you have never worked with these children check out this video clip

NELSON BAY
We did manage to grab glimpses of the bay not only from inside the bowling clubs and down at the marina but took a few trips to a lookout or three to be so impressed that in the black book goes return to Nelson Bay when the weather is warm. 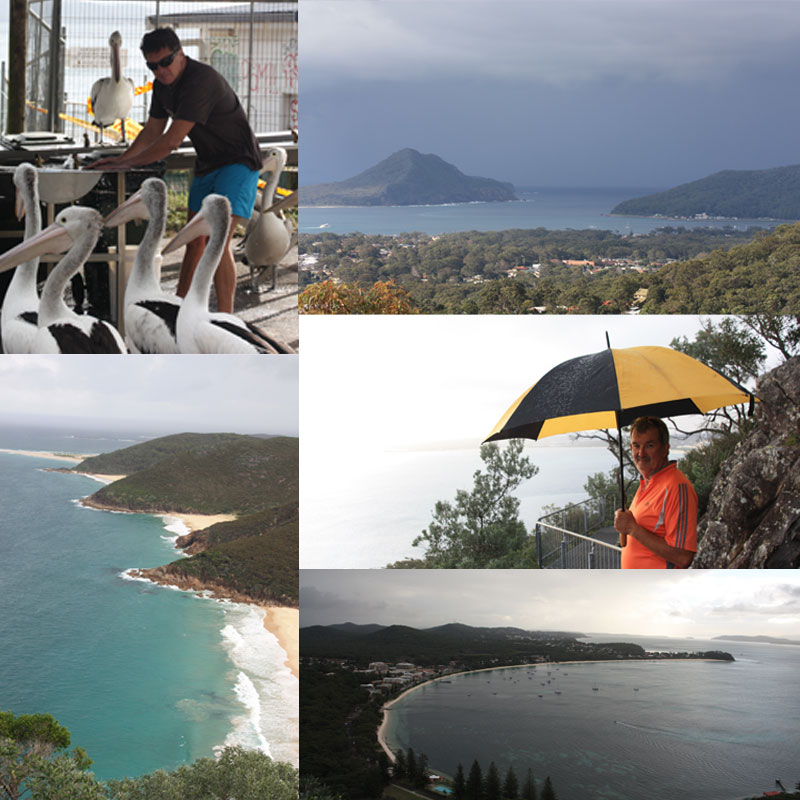 RED ALERT
We have taken on Cyclones in Bowen, Floods in Yepoon, a scorching heat wave with near 50 degrees through SA and country NSW early in the trip – all which one learns to cope – but you can never over prepare when caravanning – word is that Brendan ‘Stud’ McCormack – Western Australia’s No 1 Pinup Fireman and first class relief teacher and his lovely wife Cheryl an ex Corpus Christi College student and teacher are on a collision course – apparently the little village of Budgewoi is on high alert this evening – one B McCormack has been spotted in the caravan park. My secret spies tell me that’s dangerously close to my secret location. 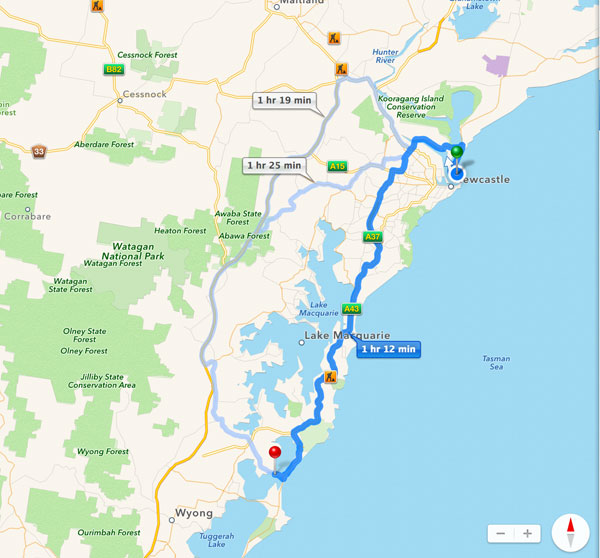 Hopefully I will be able to update you next week if our worlds collide!