Check out the whale video above

The highlight without doubt was our whale cruise. We were entertained for an hour of our 3-hour cruises by one magnificent whale that put on a great show for us. We were so lucky!!!! He was constantly slapping his pectoral fin on the water and then breached. After our last whale cruise where the whale emerged only once this guy was hardly ever underwater. We got heaps of amazing photos of him jumping out of the water. Our photos are the type that get published they are so spectacular. Unfortunately the only trick we didn’t get to see was tail flapping, which usually happens when they are being aggressive (so perhaps that’s why). The previous day Trevor had rung to book us in for the cruise and were told there were only 7 takers so the cruise was in doubt – they would ring at 8.00 the following morning. We were awakened with the good news that the cruise would go ahead even with the small numbers. Wow! Thank goodness! I think the crew was really glad they went out as well as the display was so unusual for that time of the year. The cruise also gave us a tour of the important and historical points of interests around Eden. This in itself would have been a great tour as the story of Eden is so interesting. If you are in Eden during the whale season do yourself a huge favour by getting in contact with www.catbalou.com.au 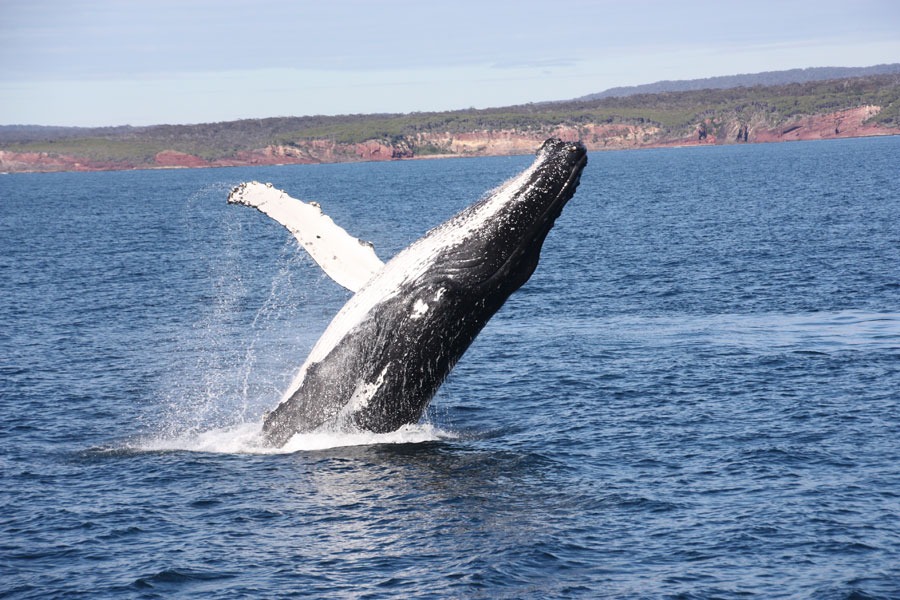 Whale Museum
Eden is very like Albany – it used to herd humpbacks and boil the blubber for oil.  The museum itself was very well laid out and interesting to view. 2-3 hours worth spending. It tells the story of the whale trail and especially the orca whales that used to herd the whales and attract the humans to come and bring the whale to shore. It really was an amazing story, particularly Old Tom the orca. The Orca’s reward was the lips and tongue of the humpbacks, which is the Orca’s natural food. So it was human and Orca working together.

Fish Processing
Saw the local fishing boat come in after an early morning out to sea. The processing plant’s trucks come out to collect the creates of fish (already sorted on board the boat). They had 90 creates – mostly flathead. Went into the local fish processing plant. An interesting experience. There were different stations, one gutting, another two filleting flathead, another checking for scales and bones and yet another weighting and packing. This plant only processes for the Sapphire Coast. Most of the fish goes whole to Sydney and Melbourne markets who do their own processing. 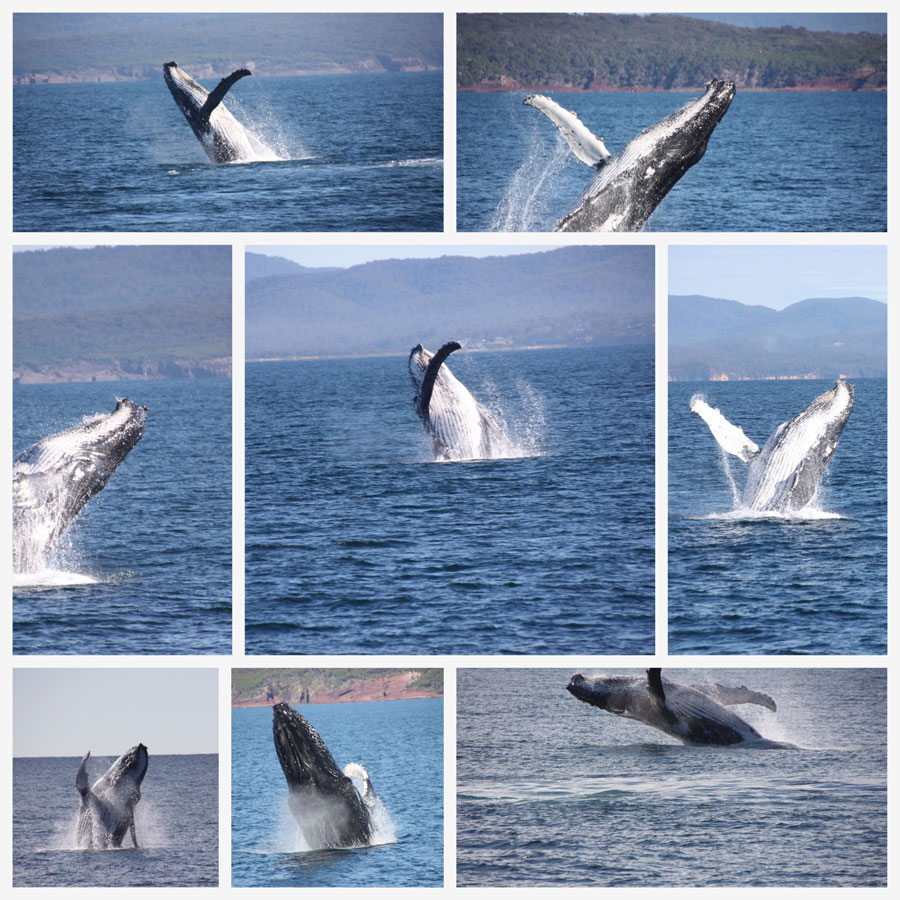 Narooma
Narooma and the surrounding towns on the coast like Bermagui and Delmeny combined with inland Tilba Tilba offered us a chance to slow down. We had another stunning view of the lake inlet in Narooma and were treated to a display of parrot power, seal power at the break water along with a great stroll along the picturesque golf course with again some coastal rock formations. 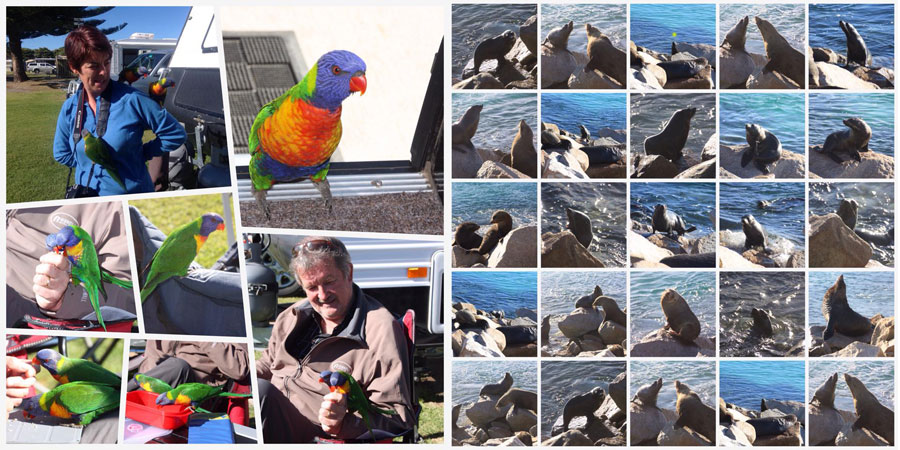 A Sunday afternoon of surprise – Wizard and Oz live in Narooma – a collection of Bob Dylan, James Brown, Elton John and Joe Cocker songs. The old saying ….. don’t judge a book by its cover holds true with these guys. 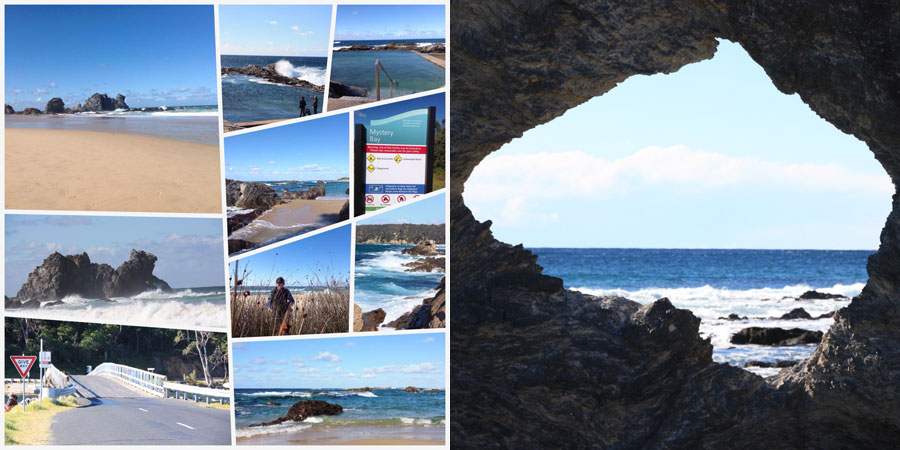