The Clarence Valley Region of Northern New South Wales is a place of beauty, teeming with marine parks, rain forests and thriving rural communities based on a vast set of winding rivers. The largest, the River Clarence, one of Australia’s largest waterways.

Yamba
We chose only a small snapshot of this destination bookmarking it for a future return. The Clarence Coast is blessed with idyllic weather. It is a confirmed fact that Yamba has the world’s best climate. That would explain that when we drove into town the caravan park had only one spot left. This is not school holidays – not a long weekend but due to the invasion of the ‘Mexicans’ a term coined by the Queenslander’s for the Southerners from Victoria seeking warmer weather. Yamba is so idyllic that it attracts the Grey Nomads from Queensland and New South Wales as well. Simply means it’s an ideal holiday spot for beach walking, bike riding (yep Julie’s Malvern Start hit the roads again), fishing, swimming, surfing and of course moderate temperatures during the cool of spring leading into winter. Mark it on your must do list. With kilometers of spectacular coastline, pristine beaches, seafood, historic towns, the majestic Clarence River and great seaside accommodation –  ‘We will return’ 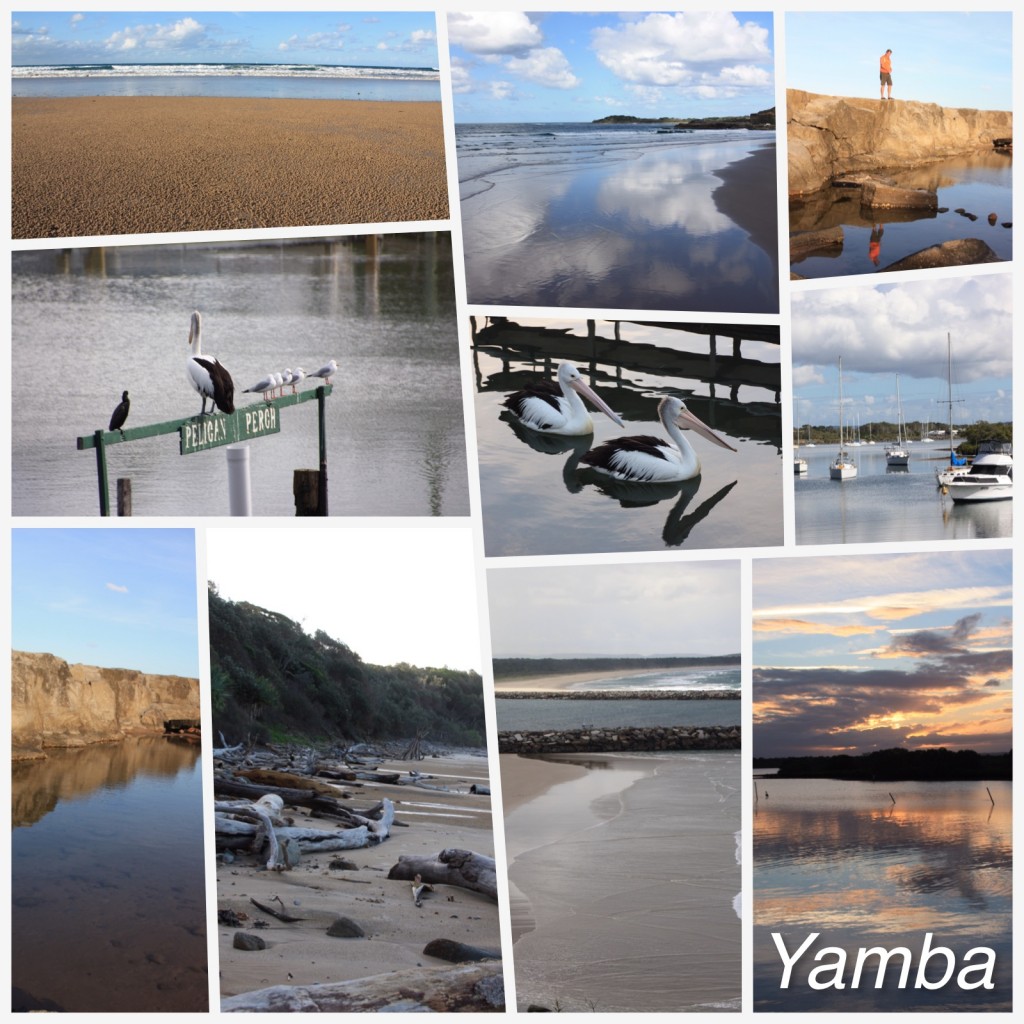 Grafton
Why go to Grafton?

Where in the hell is the 5 Mile Hotel/Motel – answer back of the bush – the show was outdoors – cold – no problems old fashioned country service – roaring 44 gallon drums – where do you park your van – well we stayed in a 5 Star Van Park on the complete opposite side of town – yep 5 star – the publican’s wife gave us her number and said next show buddy just park it in the backyard – no cost find some dirt – arghh this country hospitality.

Problem – the locals in the front bar have to wait for the chook raffle to be drawn at 8.00pm and they don’t like fiddlers so here is an Australian icon of Tamworth and 12 people to play for. There was no surcharge but we got an in-depth concert with a legend – he played as though the house was packed and he shared his thoughts on where Country Music was headed – in Pixie’s words down the gurgler as a select few get the contracts and real talent battles to make a living. Social Media teaching opportunity here – to all of you who copy and download music freely without paying for it – you are doing all musos a disservice. 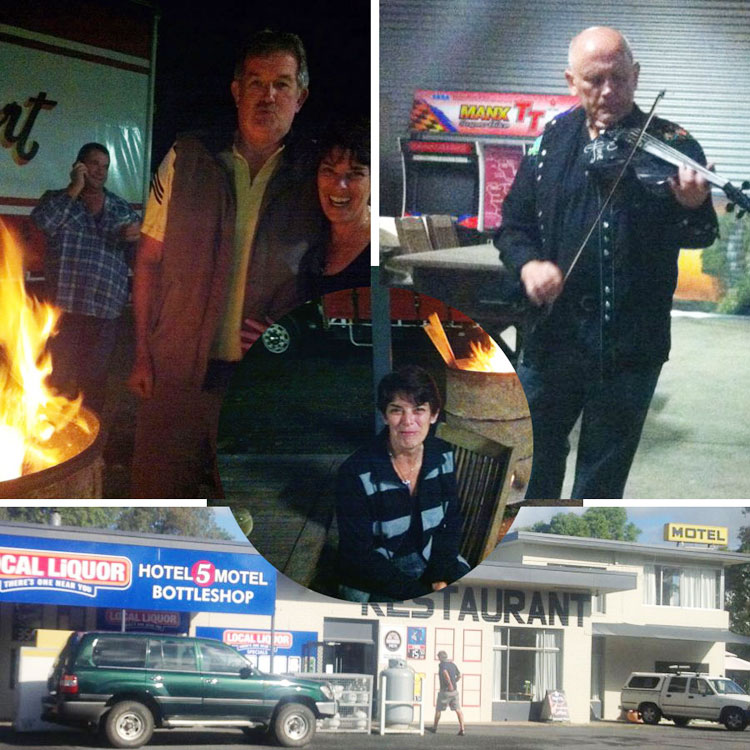 The Gateway Village
Just before I sign off a quick word of why to go to Grafton – no matter how you are travelling Australia and you need a camp over check out this place. The Gateway Village. It as advertised as one of five Australian FIVE STAR caravan parks and they are not kidding – brilliant and you want to know something really strange – it’s the cheapest park we have ever stayed in at $22/night. This breaks a lot of myths and (like the steak knife adds) I washed my car and caravan (which were showing signs of travelling on roads under repair in NSW in rainy conditions) – yep it said car washing facilities available.

ps Grafton does have some great old buildings and we managed to put the bikes back on the bitumen. Relaxation at the Gateway Village – simply great stop. 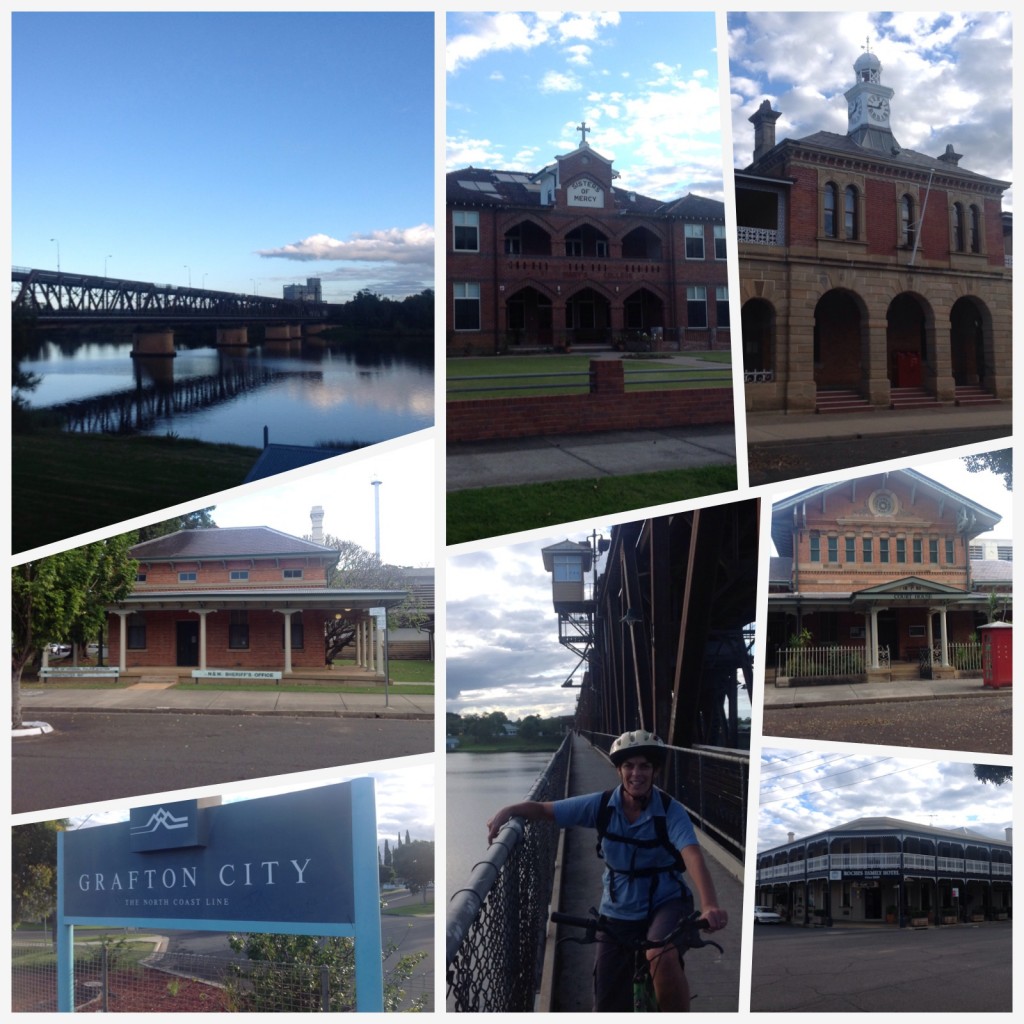 Time to move onto Coffs Harbour and revisit Dorrigo and what ever the place has to offer.