The entry to the Southern Grampians is Dunkeld. Not as spectacular as Halls Gap but well worth a visit. We stayed two nights in the local caravan park where the manager Garry was a font of knowledge giving sight seeing tips and places to eat. It’s been a while since we only paid $25 a night to park the van so a bonus. Tackled Mount Sturgeon (difficult) and the Piccaninny (easy) on the two days. Food outlets in such a small town as  Dunkeld – don’t worry Dunkeld Delights and Izzys Pies – remarkable. We also walked to the Arborteum (more than once) and the Great Wall of Dunkeld – property rather large (owned we believe by a QC) – worth anything. The fence alone is a million plus! Would recommend this spot to any traveller. 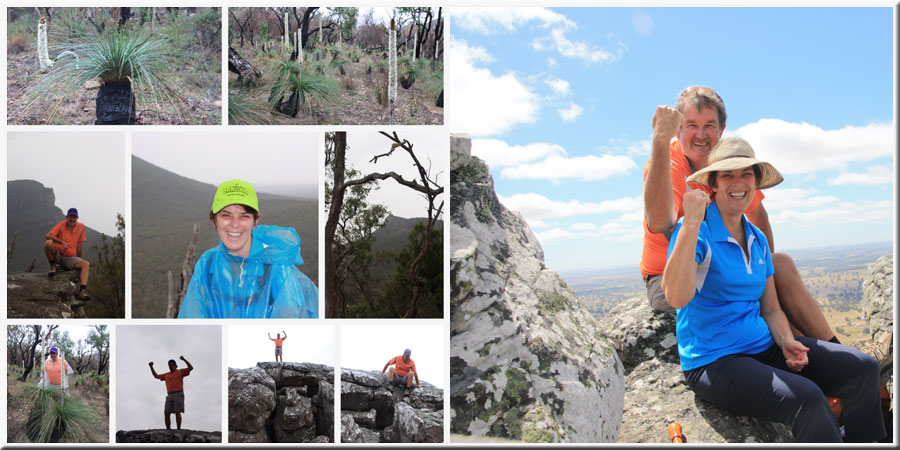 Video – The View from Mount Sturgeon
Casterton
A bit of a rough road trip from Dunkeld to Casterton in high winds, a little rain and a few narrow roads didn’t spoil the Casterton street drags. The only remaining street drag strip I believe in Australia. There’s quite an art to drag racing whereby when the elimination starts cars breaking their qualifying time are eliminated. So we sat in the sunshine out in a sheep paddock and watched cars dragging each other and then a large number of rev heads engaged in a burnout competition. Not sure if Julie enjoyed, she definitely tolerated the day. Another fact about Casterton is that it is the home of the Kelpie. 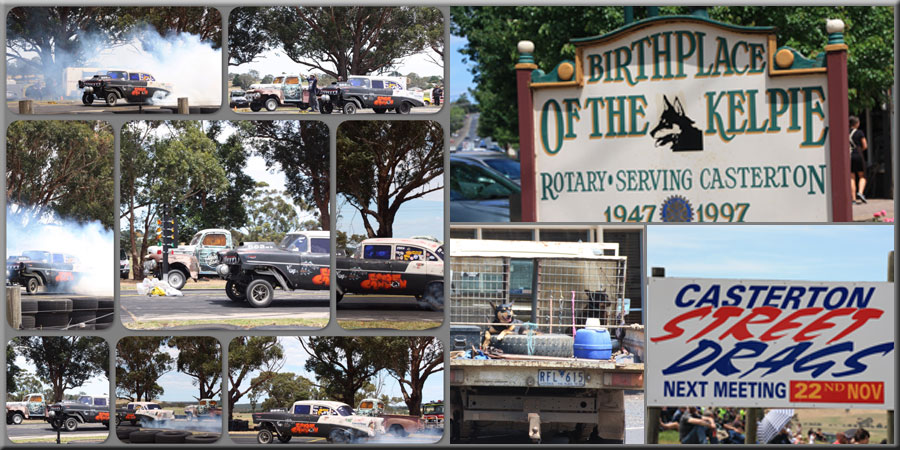 Video – Burnout at Casterton
Penola
We slipped into South Australia  early Sunday morning under the cover of a rolling fog. The short drive from Casterton to attend Mass at St Joseph’s early in the morning, where Saint Mary MacKillop founded her first school was complicated by a few kangaroos and poor visibility. Someone was looking after us and we attended mass and then dropped into the Blok winery in the Coonawarra region – forwarding a dozen bottles home and enjoying a great ploughman’s lunch. Clare Valley, Barossa Valley, Coonawarra Region – all ticked, we headed today for the McClaren Vale. Our philosophy has been if we are going to do something – we might as well do it as best we can – we may never be back. So we will come back knowing where the South Australian wineries are – Im not sure what else will be clear. 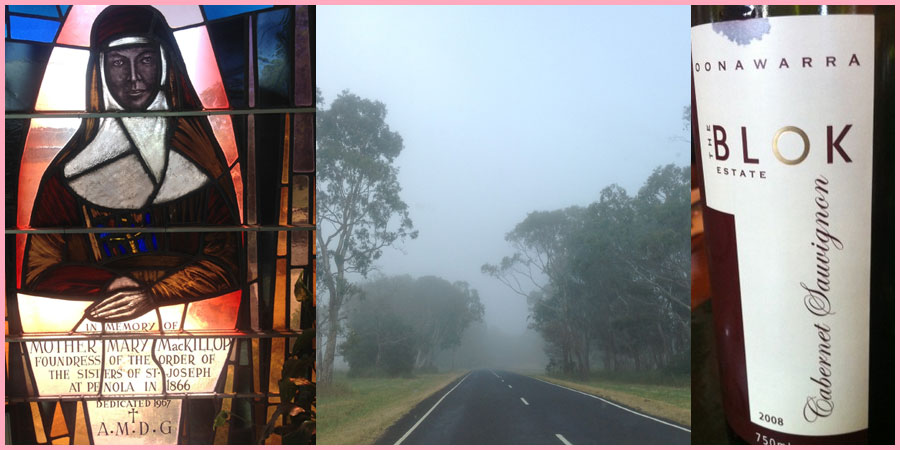